A backfire is an event where ignition sources can transmit from the fire box into the fuel transmission system and sometimes all the way into the fuel depot. The traditional way to prevent backfires is to use a thermo operated water valve (AVTA). 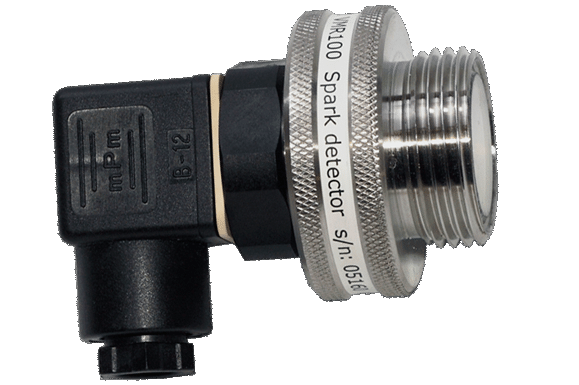 A fire box that does not burn properly causes vapors and flames to appear in the fire box. This increases the probability of burning material and sparks to entering the screw feed and which can pass heat sensors undetected. With fast millisecond response times and high sensitivity, Atexon backfire detectors are much more reliable and trigger the extinguishing system which uses only a small amount of water due to the optimised nozzles design and placement.

Optional features include a GSM alarm, a pulse cooling feature, a screw control feature and a screw heat monitoring feature. 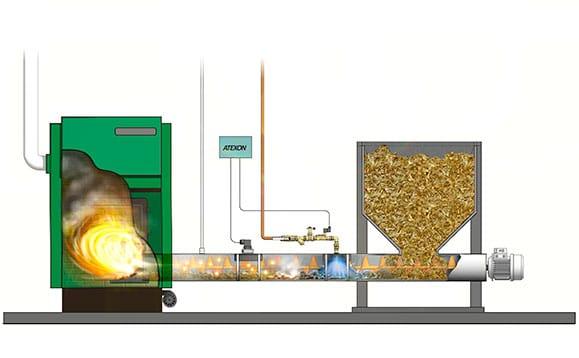 Operating principle of the backfire detector

Concerned about your explosion risk?
Get an expert's opinion now!